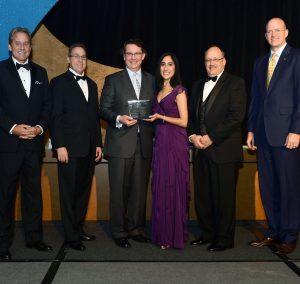 The most important measure of client satisfaction is repeat business from our clients.  In the last five years, more than 78% of our business has been with repeat clients.  Our continued efforts to ensure long-term value for our clients have earned Murray Associates the trust and admiration of owners, consultants, contractors and other professionals.

We are pleased and honored to have received the following recent accolades: